If you’re looking for the best fade haircut styles for men, you might be surprised to know there aren’t a mere few that top the charts. In fact, fade haircuts are one of the most popular hairstyles among men because of their versatility in style and their ability to work with virtually every hair type.

The fade describes the way the haircut transitions from long to short as it moves down the sides and back of the head, while the possibilities for styling the hair on top are endless.

Relatively speaking, the fauxhawk fade might be the most unique and edgy fade hairstyle out there. To achieve this look, you’ll want to grow out your hair on top, but ask your barber to keep a short fade on the sides.

A scissor fade is a great fade hairstyle for guys who don’t want to commit to one of the shaved fade haircut styles.

This style is created by using actual scissors instead of clippers and keeps the hair longer at the sides but still tapered with a faded, textured effect.

The mohawk fade hairstyle applies to men who want a unique, attention-grabbing style that can be cut and styled, long or short depending on their hair length in the middle.

This style is also highly customizable, with options including a low, mid, high or skin taper fade on the sides.

The cool thing about the razor fade or straight razor fade hairstyle is it can be combined with any style. This haircut is unique because while most barbers use clippers to cut a taper fade, this style requires a straight razor to taper down to the scalp.

And, like other types of faded cuts, men can choose from a high, medium, or low razor fade to determine where the taper starts.

With the disconnected undercut fade hairstyle, the hair is one short length on the sides with no taper or fade, resulting in sharp contrast against the hair on top.

The top hair can then be transformed into a variety of styles including a slick back, comb-over or quiff.

This comb-over-fade hairstyle incorporates a few different techniques by keeping the front of the cut longer than the back, and the hairline sharp and cleaned up.

After defining a clear side part, the hair is directed to the other side while the fade concentrates around the ear, creating a much softer look than the traditional fade.

The buzz cut fade hairstyle is unique because unlike the traditional buzz cut which requires the same length of hair all around the head, this style requires a high skin fade with a very short trimmed cut on top.

Similar to a high and tight buzz cut, the buzz cut fade is stylish and trendy due to the difference in lengths of hair.

This hairstyle works best for short to medium length hair.

To achieve this style, ask your barber to style a quiff on top, then expertly fade the sides that surround the short, stiff textured hair on top of the head for a harsh, edgy look.

A burst fade hairstyle tapers the line of hair behind the ear, leaving hair longer at the neck. The shape is rounded and looks similar to a drop fade with a mohawk.

The biggest difference between a drop fade and a burst fade is that a drop fade has a low taper that follows the hairline all the way around, while the burst fade is cut in a semicircle, leaving the length longer at the back of the neck.

The bald fade hairstyle is best for men who like to keep their hair extremely short or prefer a buzz-cut look.

Unlike simply shaving your head, a bald fade fades down the sides and back, adding detail to the traditional buzz hairstyle.

The trick with the Ivy League hairstyle is to find a barber that can work with your hair’s natural texture, and create that sharp, university look.

This cut has a medium fade and a natural-look shaved area and works well for most hair types.

The traditional crew cut hairstyle is short and blends perfectly with a fade and doesn’t require too much product to style. A hair wax or putty can help you direct the ends of the hair toward the center which will prevent the cut from looking too fuzzy as it grows out.

This style fade works well to compliment a short beard or a little 5 o’clock shadow.

With this fade hairstyle, the hair at the top is coarse and a bit curly, graduating to almost bald by the ear. It then reverses the transition into a full beard that is shaped into a crisp silhouette that doesn’t grow down the neck.

Make sure to keep a few inches long on top for extra height.

Bangs for men doesn’t have to mean long, floppy and in-your-face. To achieve an edgy look with bangs, keep the top tousled and textured, then bring the hair forward over the face and finish by cropping the sides into a fade.

You might want to avoid this hairstyle if your head is excessively narrow, but the heavy top and short sides of this style can exaggerate a longer face.

To achieve this hairstyle, ask your barber to create a short, textured haircut with a soft fade. To style, blow-dry the front section of the hair upward, then using pomade, separate the top section with your fingers to add fringe.

Last, smooth down the sides with additional product.

The long curls fade hairstyle adds a neat, crisp element to even the most unruly bedhead style. In fact, if your hair is naturally wavy and medium length, you won’t have to do much to achieve this look.

Style by bringing a few curls forward, directing most of the hair up and to the front to draw attention to the fade, but stay away from the hair dryer to avoid frizz.

With a short straight fade hairstyle, the hair at the top is literally kept short and straight. To achieve this look, brush it upwards, using a hair wax and holding spray to keep it in place.

Finish by fading down to a close crop that extends down the jawline with your beard.

If you have naturally wavy hair, this low fade with a long wavy hairstyle is the perfect style to keep your length on top somewhat long. To achieve this look, fan the wavy ends across your head at the top, keeping them directed away from your face.

The skin fade on this haircut stays around the ears, while the hair in the back of the head grows all the way to the nape.

For men with medium-length hair, a slicked back fade hairstyle that rests close to the head is a great look, especially for those with a beard.

This undercut has very little height and is a clipped fade that becomes very short at the ears and sideburns.

This hairstyle is one of the few that works best with a traditional hair gel.

After a side line fade is cut, the layers at the top of the head are snipped level, followed by spiky individual strands of hair, creating a textured, separated look.

In this fade hairstyle, the top is cut roughly and spiked upwards with hair wax or clay.

To complete the look, pull the ends of the hair slightly forward, then blend the back of the cut into the front layers.

The French crop fade hairstyle is a timeless haircut that requires less maintenance than a quiff or pompadour but still involves keeping many thick, short layers at the top of the head while going for a high, bald fade.

It’s similar to a Caesar haircut, except the bangs are much longer.

The side-swept undercut fade hairstyle features a deep side part, a low fade, and a faded beard all in one. The beard is thicker at the chin than at the sideburns, while the top of the hair is highlighted for a sun-kissed look.

For best results, speak with your barber ahead of time and as long as you know what to ask for, you should be good to go!

An undercut fade hairstyle is exactly as it describes – the undercut meets the fade. This style keeps the hair at the top drastically longer than on the sides and back.

It’s one of the most popular fade styles and is unique because it’s highly customizable for those that want a variety like a skin fade, a disconnected undercut, a hard part and more.

A dapper fade hairstyle is unique due to it’s long and brushed back look on top, while the sides are buzzed and tapered all the way down to the end of the sideburns.

It’s a classic style that works well for most hair types.

A high fade hairstyle is a cut that works great for men who want to put more emphasis on the top of their look.

It starts at the highest point of the head but becomes progressively shorter at a much faster rate down the side of the head, similar to an undercut style.

It’s similar to the mid-fade, but it starts lower down the head and is a great cut if you want to keep your hair longer on top as the back and sides will be kept thicker.

With a skin fade hairstyle, the hair is almost bald around the ears but is left long (about 1-2 inches) on the other side of the part, becoming progressively longer up to the part.

This cut starts out as a clean, sleek style but can easily be transformed on top using a hair wax for an edgier, textured look.

The mid, or medium fade hairstyle is less gradual than a taper fade but softer than a skin fade.

It’s the perfect cut for men wanting a modern look and works great as a base style if you’re considering adding a quiff or pompadour later on.

The taper is one of the most popular fade hairstyles because it’s simple, subtle and low maintenance. This cut gradually tapers down to the neck and can be kept longer for a more understated look, or tapered down even farther to a grade zero for a bolder, edgier look.

The temp or temple fade hairstyle works best on men with an afro or tight, curly hair. Have your barber start with a mid or low fade, then using clippers, taper around the temples to create sharp lines.

This hairstyle works best with long, thick hair. Like most high fades, the pompadour tapers quickly, transitioning into short hair on the sides.

Add definition by shaving a line into the transition between the top and the sides for a sharp, disconnected look.

A brief fade hairstyle works best with either a classic crew cut or longer hair.

By keeping the ends textured, you maintain a heavy, side-swept fringe in the front, creating a natural, low-maintenance look without compromising on style. 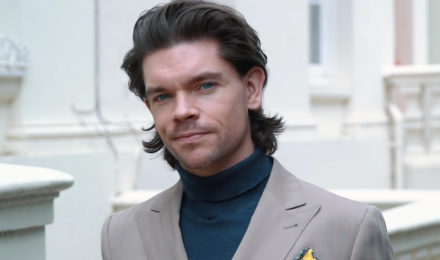 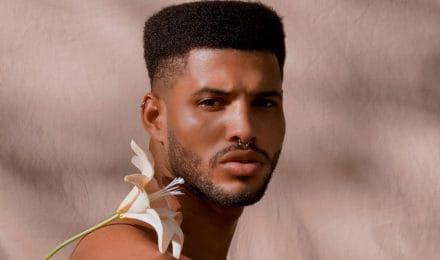 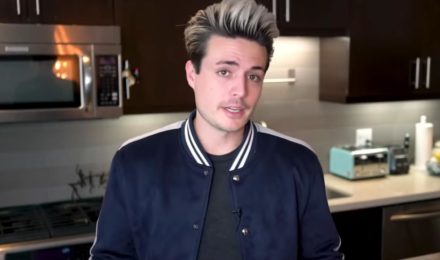 How to Maintain Your Hair For Longer: Men’s Hair Tips 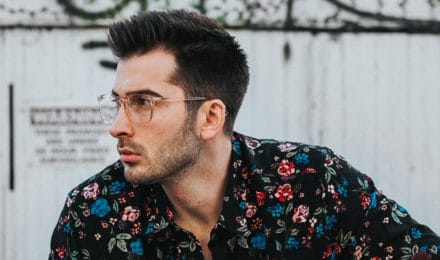 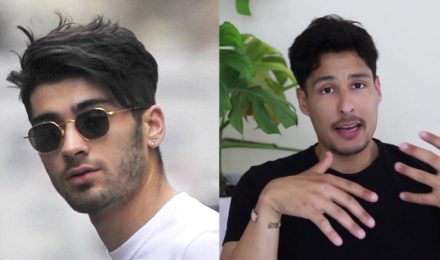 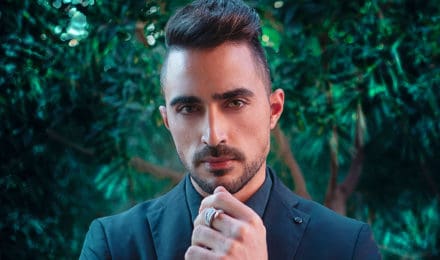